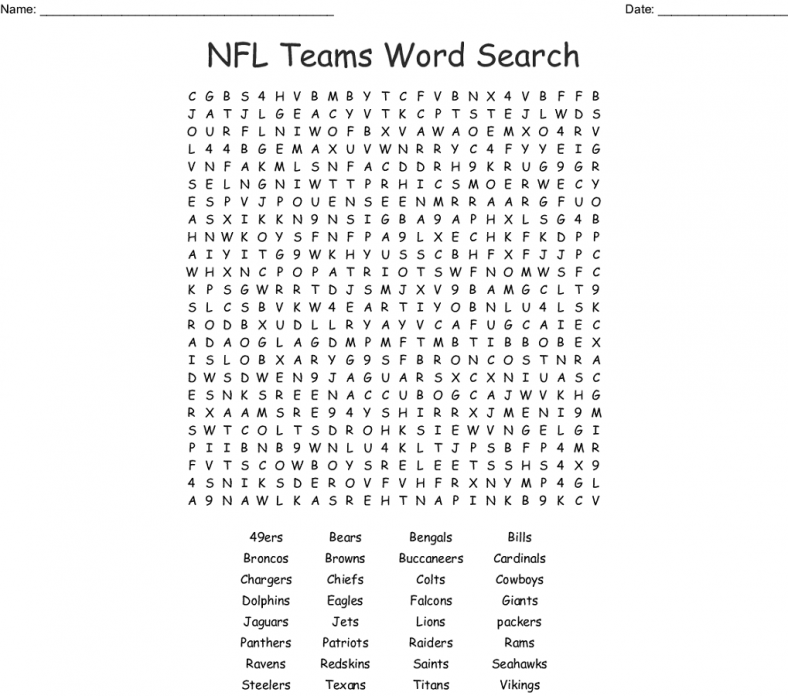 Test your skill in finding words by using these hands-on and printable word searches that we have collected with football as the theme! For you who like NFL football and are a fan of the famous league, make sure to scroll down to the bottom and save all our word search football! The NFL word search sheets are presented in the images below, just click and enlarge on the chosen image to save it. 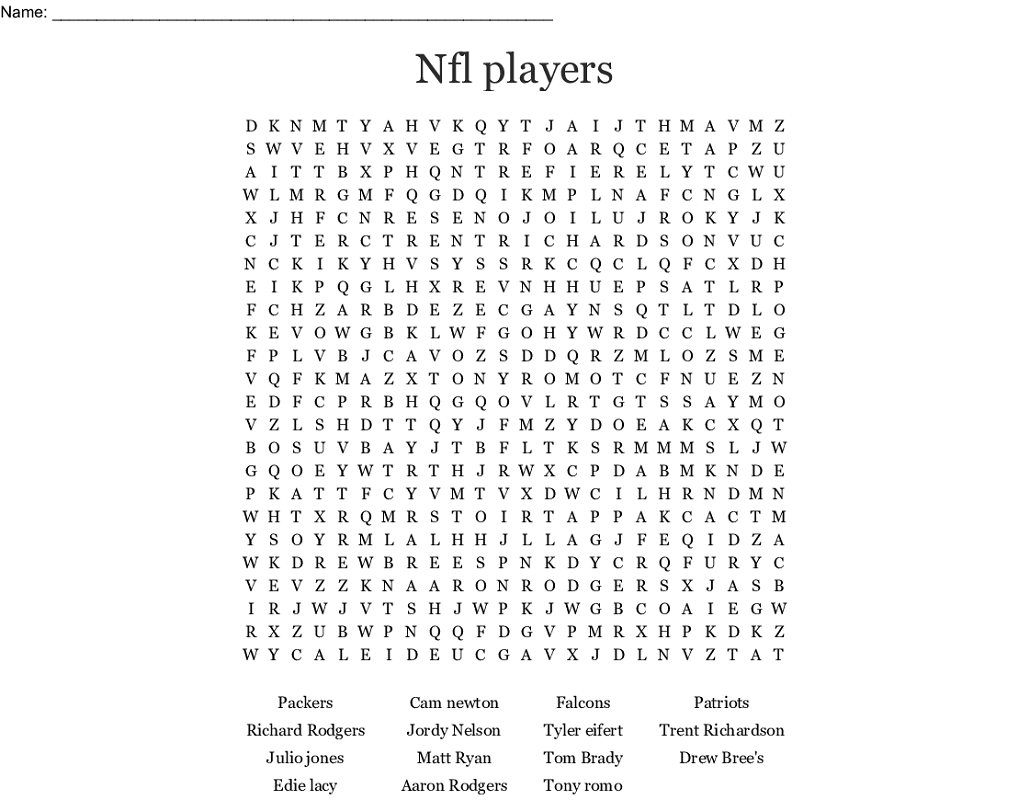 Almost everyone knows football –a game played between two teams of eleven people, where each team tries to win by kicking a ball into the other team’s goal. So many football leagues and players who become everyone’s favorite. The National Football League is a professional American football league consisting of 32 teams, divided equally between the National Football Conference and the American Football Conference. The NFL’s 17-week regular season runs from early September to late December, with each team playing 16 games and having one bye week. The league is headquartered in New York City. In these NFL word search worksheets, there are words related to football, maybe the players or terms, hidden in the pool of letters. To finish the word search worksheets, your kids simply need to meticulously look for those words! 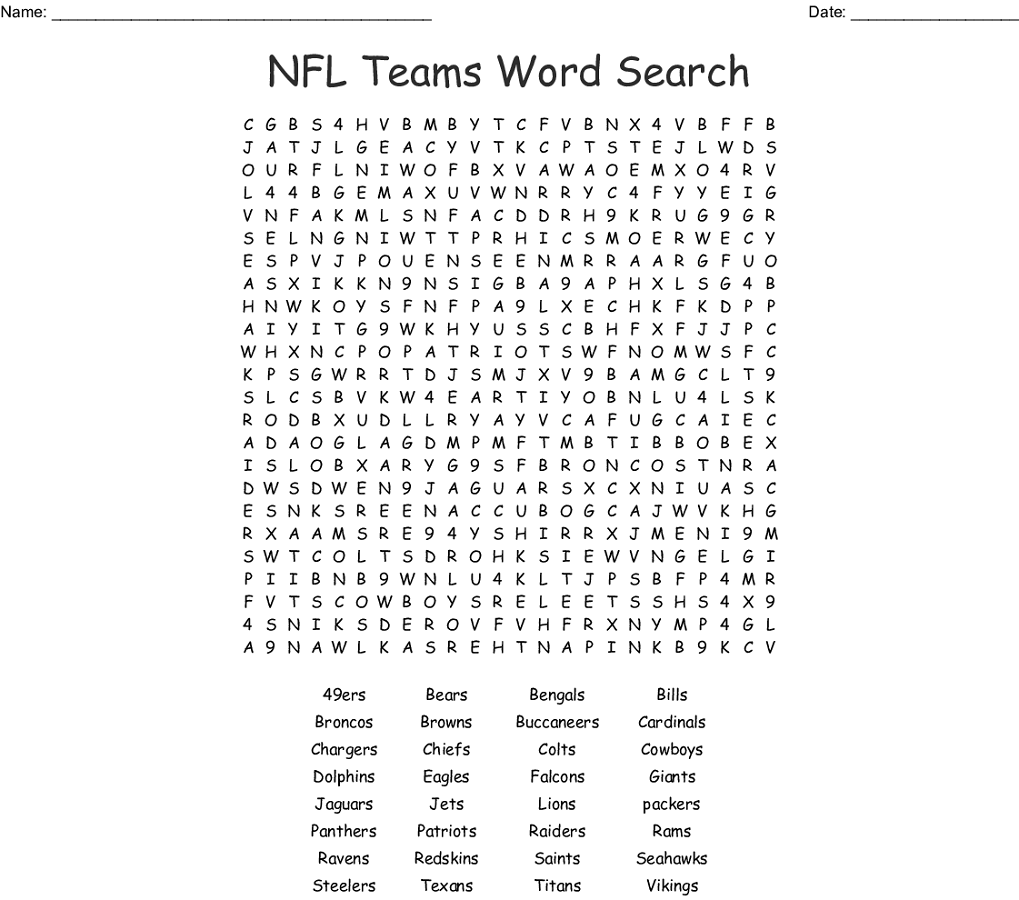 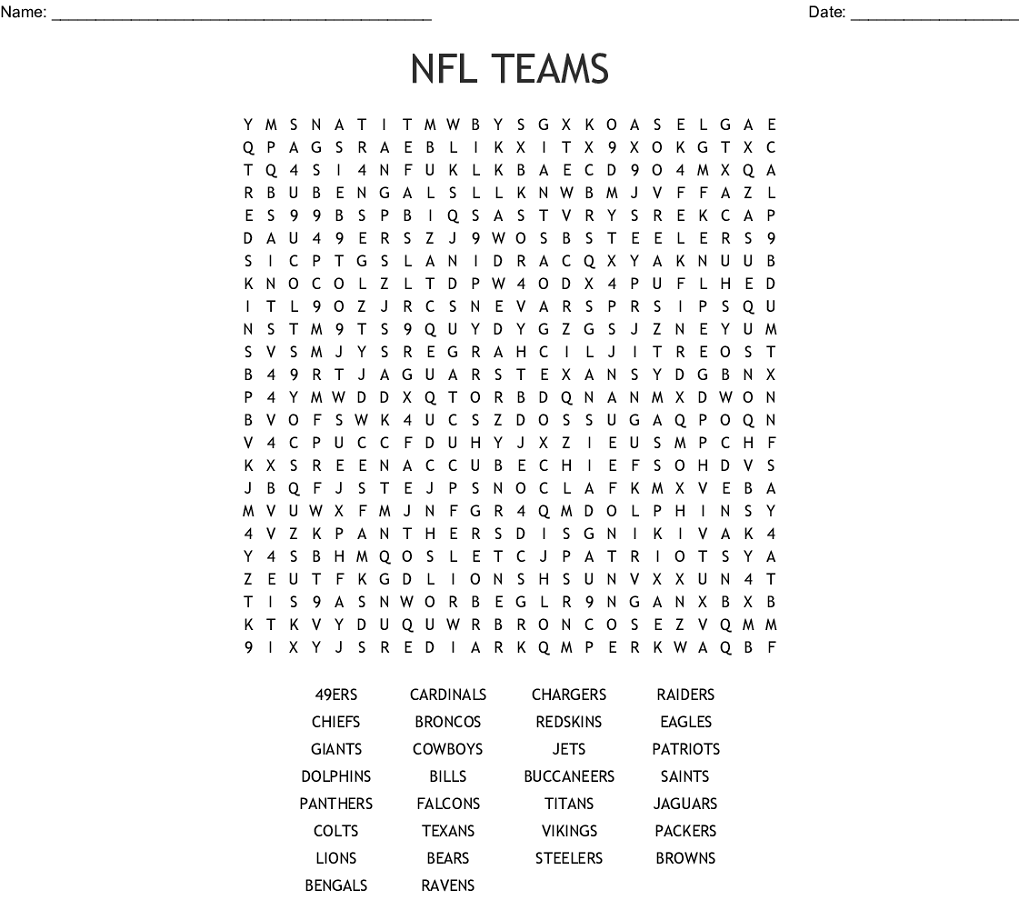 These NFL word search football contain many words hidden horizontally, vertically, diagonally, forward, or backward. You just need to carefully find and spot the words hidden in these worksheets. The words that they have to find are listed on the left, below, above, or right side of the word search. Don’t forget to strike through a word if you have found it. 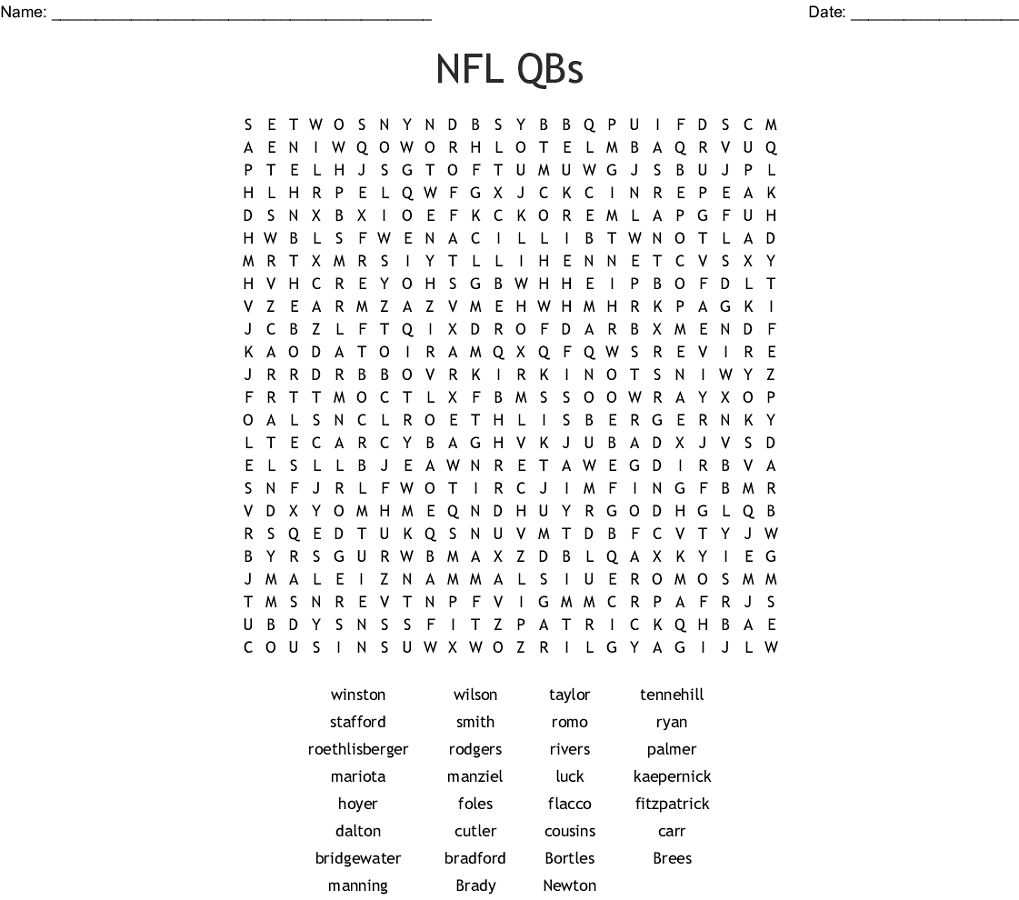 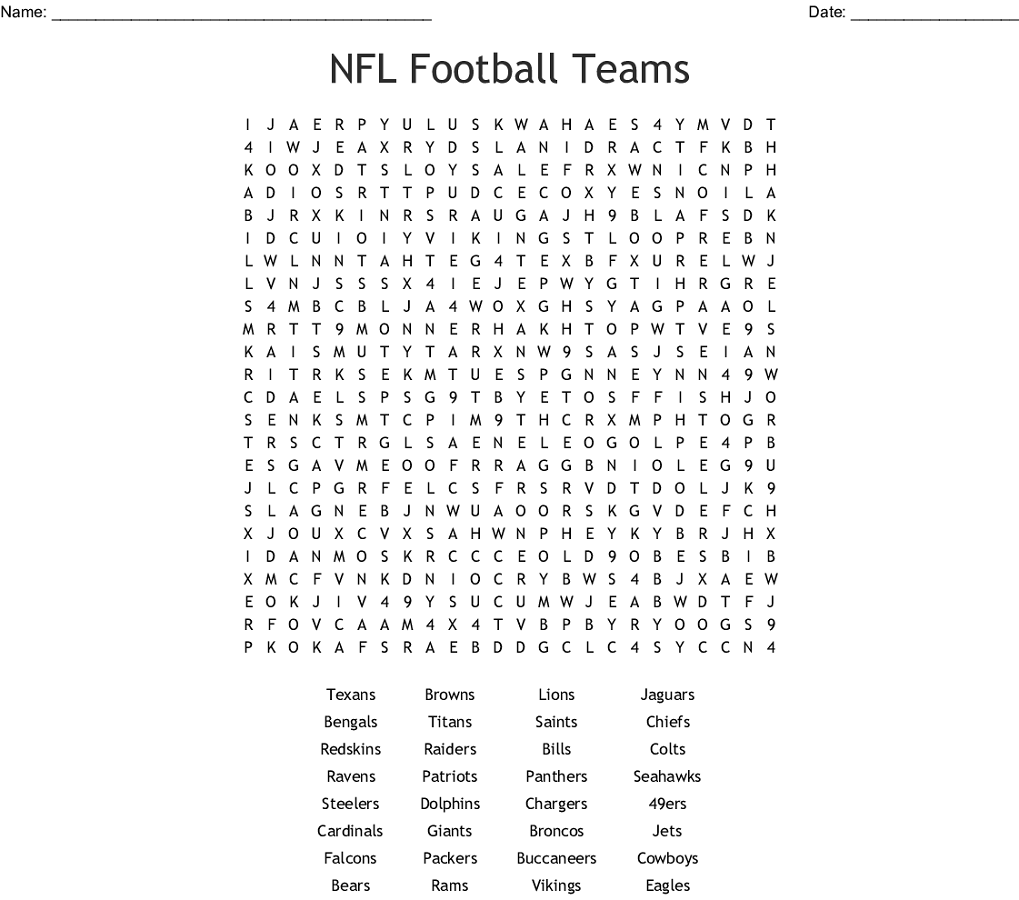 All pictures are printable and free to be saved. Find more interesting word searches in our archive and share our articles on your social media!